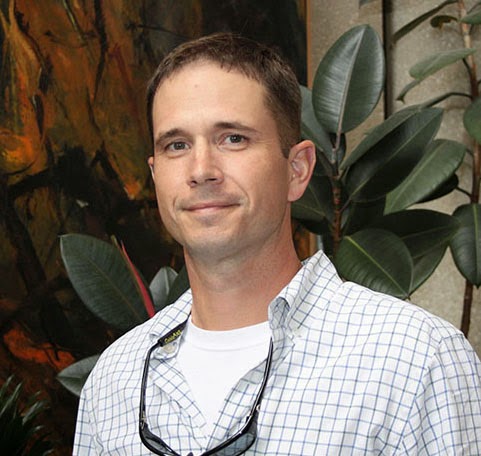 Last week the Department of Entomology at Texas A&M hired a new extension urban entomologist. After a national search, Dr. Robert Puckett was the successful candidate for what is essentially a new position designed to serve the public and the pest control industry in Texas.

Many of you already know Dr. Puckett through his position as Dr. Roger Gold's Associate Research Scientist, a position he has held since 2012.  Robert got his BA and MS in biology at Sam Houston State University and came to Texas A&M in 2003.  He earned his Ph.D. in Entomology in 2008, studying the biology and ecology of fire ant-attacking phorid flies.  After that he joined the Center for Urban and Structural Entomology in 2008 as an assistant research scientist.

Robert has a great balance of research and extension experience, and a strong desire to work in the extension field. So, what does an extension entomologist do?  Robert will continue to seek funding and design research projects relating to urban insect pests, much as he has done in the past.  But he will also assume some key extension education duties related to the structural pest control industry.  For example, he will largely run the annual Texas A&M winter pest management conference held in College Station.  He will also assume leadership of the Philip J. Hamman Termite Training School, and the Orkin termite correspondence course.  He will also be available to respond to speaking requests from your associations and other continuing education providers around the state.

In many respects, Robert's position is similar to mine, but based in College Station. He will hold an office in the new Center for Urban Entomology labs, and will be expected to work very closely with Dr. Ed Vargo after Dr. Gold's retirement in January 2015. The new position was intended, in part, to take some of the extension-related duties that Dr. Gold shouldered for many years, and free the new Endowed Chair to engage more completely with his research duties.

For those who worry that the Endowed Chair will be less accessible, I think you will find the opposite.  I know Dr. Vargo is very interested in engaging with the industry, perhaps with more use of social networking software like Twitter and Facebook.  But the bottom line is that this new position is more evidence of Texas A&M's commitment to adequately support the urban pest control industry with the best research information and service.

Please join me in welcoming Dr. Puckett to his new position.
Posted by Mike Merchant, PhD at 8:39 AM