The most realistic cockroach robot yet

Ever stay up late at night thinking about the sprawled alternating tripod gait of cockroaches? Neither have I. But fortunately for all of us, some brainy folks at the University of California at Berkeley have. They've created DASH, the Dynamic Autonomous Sprawled Hexapod, certainly one of the most realistic insect robots I've seen. If nothing else, DASH help me appreciate a little more of the elegance of nature. Seeing the simplicity of cockroach running mechanics demonstrated by a machine with just a few basic "moves" gives me a better appreciation for one of our fastest pests, Periplaneta americana, or the American cockroach. It also gives me an appreciation for the advances in materials technology, not to mention the creativity of the folks at Berkeley. I'll never look at a scurrying American roach in quite the same way.

Oh and did I mention it's a little creepy at the same time? Happy Halloween.

Everything you wanted to know about bees...

Bees have become a significant source of inquiries from the public, and an important revenue stream, for some pest management professionals in recent years. If you would like to learn more about bees, or if you've always wanted to try your hand at beekeeping, an upcoming workshop might be just what you need.

The Trinity Valley Beekeepers club is putting together a one day class to help people get started in beekeeping. Advertised for new or aspiring beekeepers, "Introduction to Beekeeping" is an all-day seminar designed to get you up and going in beekeeping. Based on his popular college course, Dr. Alan Eynon and others will take you through a year of beekeeping from setting up your hives in Spring, harvesting you honey in the Summer and preparing your bees for the Winter.

The class will be held at Eastfield College (which is where the club usually meets), 8:30am - 5pm on Saturday, November 7th. Eastfield College is in east Dallas, on the north side of I-30 at Motley Drive, just a few miles in from the I-30/I-635 interchange.

According to Dr. Alan Eynon, club president, it will help them a lot if you would register early, so they can plan for ordering lunches and supplies. Early registration is slated to end on Oct 16. If you miss the deadline you will still be able to register, but you might want to drop Dr. Eynon a note to let him know. Cost for the class (which includes lunch) is $45 for non club members. For a schedule or to get registered, click here
Posted by Creation Care Team at 1:58 PM No comments:

Get CEUs at the Fall 2009 Pest Management Seminar 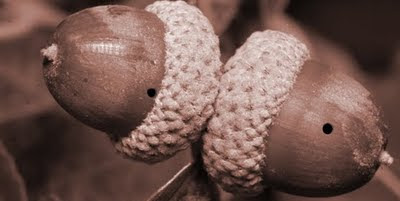 Registration for the 2009 Fall Pest Management Seminar has begun. This seminar is an annual event, traditionally held at the Texas AgriLife Research and Extension Center in Dallas. This year, because we have outgrown our facilities at the AgriLife Center, we will be holding the program in Plano, Texas at Chase Oaks Church on Legacy Dr and Hwy 75. Also, we are offering online registration for the first time. All registrations must be completed online, or via phone with the AgriLife Conference Services. With the new registration system we can also offer more payment options, including check, invoice, or credit card.

The focus of the Pest Management Seminar series (offered in the fall and spring) is on landscape pest management. This seminar's topics include updates on changes in pesticide laws for applicators (TDA and SPCS), insect biology for pesticide applicators, weed control update, diagnosing oak wilt and other tree diseases, and using IPM for turfgrass disease management. Last year's registration was approximately 400 applicators, so if you are interested you should make your reservations soon. Oh, and did I mention that a nice catered lunch is part of your registration?

If you maintain a structural pesticide applicator license, and need weed and L&O CEUs, this is a great place to get them. If you normally get your CEUs from programs that focus on structural pest control, this seminar can provide you with a fresh perspective and a chance to meet new faces. For registration and more information, visit our website at http://urbansolutionscenter.tamu.edu/hot-topics/ipm-seminar.aspx We hope to see you there.
Posted by Creation Care Team at 1:14 PM No comments:

In baseball the difference in batting average between a mediocre hitter and an MVP is often just a few percentage points. In pest control the difference between someone who comes across as a skilled professional and someone who is seen as little more than a hired "bug sprayer" is in the details--like being knowledgeable about the unusual pests. If you want to build customer respect and loyalty there is nothing better than knowing your "bugs".

New technicians typically get trained to identify the most "important" or common pests: cockroaches, rats and mice, structural ant pests, fire ants, and termites. But as time goes on, alert technicians should be adding to their repertoire of pests that they can diagnose. Many of these will be occasional invaders, arthropods that usually live outdoors but can invade buildings when the weather conditions are right or when populations are unusually heavy.

This week's odd, occasional pest is the carabid, or ground beetle. Rather than a specific type of insect, this is a general name for a whole family of beetles. Carabids are most often considered beneficial predators, patrolling the ground for caterpillars and other larvae, even occasionally snails. Carabid beetles are quite common and diverse with over 2200 types in North America. Carabids vary in appearance, but are long-legged and have thread-like antennae which arise between the antennae and mandibles. The body is usually shiny, has lengthwise grooves (striae) on the wing covers, and most often the color is black.

Some species of ground beetles emit noxious secretions as a type of self defense. This morning I picked a ground beetle off the floor of my home. After disposing of it, my fingers carried a strong vinegar-like smell. While not irritating in my case, some species produce compounds that can be irritating to human skin.

Occasionally carabids cause more serious problems. Two weeks ago I received a sample of ground beetles (above) burrowing through sealant around the doorway of an office. Behavior like this can be puzzling unless we understand more about the biology of carabid beetles. In this case the behavior is not surprising considering the daily (circadian) behavior of the beetles.

Carabid beetles are nocturnal, being active mostly at night. They are rapid runners and rarely fly except during mating season (we'll return to this point). Like all nocturnal insects, carabids are negatively phototaxic during the day, that is their instinct is to move away from light. So while we're rubbing the sleep out of our eyes and picking up our morning paper, carabids are looking for dark crevices or digging down into the ground to escape daylight. And carabids, with their flimsy looking legs are very good diggers. If you don't believe me, try holding one in your closed hand for a few moments. Their power to squeeze between fingers is amazing.

This morning I received a call about an RV dealership who was having a problem with some sort of "beetle" digging into rubber sealant used around skylights on their campers, "just like a mouse gnawing into a box".

These turned out to be scarab beetles, a slightly different critter, but one with the same behavior as carabids. Over the years I've received similar calls from high school track coaches dismayed by beetles boring into rubberized tracks, churches experiencing leaks when ground beetles started boring through the waterproof foam material on the roof, and schools and businesses concerned about all the "bugs" on the floor. In all cases these beetles were caught in an artificial setting at the end of the night, and simply did what comes naturally: they located a soft crevice into which they diligently burrowed to escape the light.

So what can be done? First, it's important to remember that ground beetles normally would have no interest in visiting a car dealership, athletic field or home. But they will show up at these places if attracted by nighttime lighting. Although carabids do not normally fly, and are negatively phototaxic during daylight hours, things change during mating season. For a few days out of the year, each species of carabid beetle becomes an active flier at night. Also, like other nocturnal flying insects (e.g., crickets), lights such as outdoor floodlights, athletic field lights, security lights, even lit windows become very attractive during these flights.

Like crickets, the first step in solving a heavy carabid beetle problem is to reduce or eliminate outdoor lights during these nocturnal flight periods. The good news is that each species of carabid typically has a short flight period--a few days to a week or so. Even reducing or eliminating lights for a week may be long enough to get beyond the flight period for a given beetle. Pesticides are not likely to be an effective solution to these insects because the beetles are exposed for a relatively short time to spray residues and the damage is done quickly.

A more permanent solution for carabid beetles and other nocturnal flying insects is to look at positioning or type of lighting. Lights should not be shined directly on doorways or windows (or in the case of our RV dealer, above valuable vehicles with rubber seals). Some lights are less attractive to insects than others; for example, sodium vapor lights tend to be less attractive to night-flying insects than mercury vapor or halogen bulbs. Also, using lights with proper shielding to prevent light pollution has a side benefit of being less likely to attract insects from long distances.

Even knowing what's bugging your customer may not bring them full satisfaction. In the case of ground beetle "invasions" there's no quick fix apart from turning out the lights. But a quick identification and explanation (or prompt delivery on a promise to find out), you will certainly gain the appreciation and greater respect of your customers.
Posted by Creation Care Team at 11:06 AM No comments: