It was a cold, wet day in Austin this week as the Structural Pest Control Advisory Committee met to discuss the business of pest control regulation in Texas. Much of the meeting was going over rules drafted by the SPCS staff that will impact just about anyone who does structural fumigation, provides termite estimates, or who want to get continuing education units online.

Mike Kelly, staff member for the Structural Pest Control Service (SPCS), presented a rough draft of new document requirements for termite treatment disclosures, or as they are now called: "Subterranean Termite, Drywood Termite and Related Wood Destroying Insect Treatment Disclosure Documents" (The new name may be good for clarity, but sometimes I think government rules eat as much wood--in the form of paper--as termites).  Most of the changes are minor, designed to make the regs easier to read; however one positive significant change is that written estimates using these documents will now have to be made by a licensed technician or Certified Applicator--not an unlicensed sales person or office staffer.

Following up on industry recommendations from last meeting, Kelly also presented proposed changes for Structural Fumigation Requirements.  To anyone who is not a fumigator, fumigation requirements are about as exciting as a wait at the DMV.  But to fumigators, any change in rules can be grounds for fightin'.  Acting on our last meeting's discussion, the biggest changes to the rules included an attempt to clarify the responsibilities of fumigation contractors and subcontractors.

Now if it were up to me, I'm not sure I would let anyone subcontract fumigation jobs. Fumigation is risky and technically complicated, and way too many things can go wrong (communications wise) between the customer and the subcontractor(s) who actually does the work.  But that's not the law, so these new rules attempt to reduce the risk of misunderstanding between fumigator and customer. As you might guess, there will be more paperwork.

One proposed rule change specified that only a registered apprentice, licensed technician or certified applicator (CA) can assist the supervising CA with introducing fumigants, or performing reentry and aeration activities. Also Kelly proposed to clarify wording on the required condition of tarps used in sealing in fumigant gases, and what the official time for a start of fumigation should be based on.  Both Brian Springer, Bevis Pest Control, and Debbie Aguirre, Elite Exterminating, commented passionately on the requirements--Springer noting the stellar human safety record of structural fumigation in Texas in recent years.  If you have anything to do with fumigation in Texas, you'll want to review these new regs carefully when they come out this spring. None of the rules are official until you get a chance to review them, and if you're a fumigator I'm sure you'll have an opinion.

We also discussed online CEU courses as supplements or replacements for face-to-face training. There have been numerous proposals over the years to allow applicators to get training remotely; but concerns about accountability, quality of courses, and security have slowed approval of this option.  The committee heard from AgriLife Communications specialist Holly Jarvis and representatives from online training provider, eStrategy Solutions.  According to Jarvis, there are now multiple ways to make these courses interactive, and accountability can be even better than live courses. Committee members felt that it was time to make electronic courses a routine way for license holders to get the CEUs they need.  In addition to the convenience of getting training on any day you need it, online CEU courses allow the applicator a choice of training topics, including difficult-to-find CEUs, like fumigation.  We recommended eliminating the proposed restriction that online CEUs be allowed only every other year.  Such changes won't mean that CEU workshops with face-to-face training are going away anytime soon, but do they mean you'll have more choices when it comes to getting your CEUs.

The highlight of this month's meeting was a presentation by Betty Thornton, Alvin Pest Control, and Danielle Dean, bwi Companies.  Thornton and Dean met earlier in the year with staff at the SPCS to educate themselves about regulations that might affect office staffers at pest control companies. It turns out that a number of laws and rules limit what advice an unlicensed staffer can say to customers over the phone. An unlicensed person, for example, cannot diagnose a pest problem or offer price quotes to someone over the phone or via email. They took lessons-learned and developed a course for office staff and technicians that includes what you can and can't say over the phone, going paperless in a pest control office, role playing, how to get a new technician registered to take their license exam, how to survive a 14-point inspection, and avoiding the top 10 non-compliance issues.  Both Thorton and Dean were engaging and enthusiastic.  They have given their (approved CEU) course several times and are willing to go on the road for groups that want to sponsor them.

Office staff are a critical, and often neglected, segment of the pest control industry.  I commend the SPCS for their train-the-trainer efforts, and hope that all these efforts result in better trained office staff throughout the state. I think bringing office managers and staff into the training picture could turn out to be one of the single most significant things we can do to improve compliance with our pest control laws in Texas.

Perhaps not many of you make it to the end of these long reports.  But the last thing I want to say is that this meeting was very significant to me in that it marks the end of my appointment to the SPCS committee.  By completing the end of my second term I am required by another one of those dern rules to step down and let someone else get to drive to Austin four times a year.  I anticipate that my replacement will be Dr. Robert Puckett, our newly hired extension urban entomologist in College Station.  I know he is excited about the chance to serve and will do a great job representing Texas A&M AgriLife.  My thanks to all the faithful committee members who have served this committee on their own dime over the years, and to the TDA/SPCS staff who take the time to listen.  It's been a pleasure.
Posted by Mike Merchant, PhD at 6:17 PM No comments:

A recent article published in the Journal of Medical Entomology by entomologists at South China Agricultural University caught my eye today. The study reported on bed bug infestation rates of homes in two south China cities.  While the results were not very detailed, they do give an interesting peek inside the world's most populous country with some of the world's most crowded cities.

In addition to dense urban populations, city residents are highly mobile.  In one of the cities, the transient population (recent arrivals from the countryside and other cities) was estimated at 78%! Such conditions seem tailor-made for bed bugs, who are easily transported in luggage.  In addition, in the winter most of the population in the two cities simply vanishes into the countryside for the very important Spring Festival. 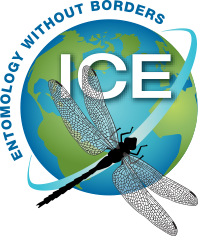 Surprisingly, until now the bed bug has not been reported as a major, widespread pest in China; though according to this survey, that may be changing.  A preliminary survey of 11 companies from the two cities estimated that 35% of all accounts being treated involved bed bugs. In examining the records of two medium to large sized pest control companies, 29-42% of all service visits involved bed bug infestations. In the largest city, Shenzhen, 91.1% of all rooms in apartments treated were infested with bed bugs, and 56% of workers quarters were treated for bed bugs.  In the neighboring city of Dongguan, 83.7% of serviced apartments had bed bugs, and 61% of worker quarters treated were infested.

By the way, China has double trouble with both the tropical bed bug, Cimex hemipterus, and the common bed bug, C. lectularius.

With its 1.3 billion citizens, China is a huge pest control market. The same with Mexico and other Latin American countries.  I've been thinking about this recently because the U.S. is hosting the International Congress on Entomology in 2016 in Orlando, FL. This will be the largest gathering of entomologists in the world, including top experts in urban and structural pest control.  It seems to me that PMPs as well as research and extension entomologists have a lot to learn about the way pest control is conducted in other countries. So if you are ready to learn more about your global partners in pest control, consider making a trip to the ICE in two years.
Posted by Mike Merchant, PhD at 10:20 AM No comments: