Many in the pest control industry find themselves in the midst of the devastating floods hitting much of south and east Texas this week.  If so, it may be a good time to remind ourselves of some unique pest challenges associated with high water.

Flooding brings all sorts of wildlife into unusually close contact with people, but few critters are more dangerous than fire ants. When floods occur, fire ants exit the ground and float, instinctively linking their legs and forming a floating mat which is nearly impossible to sink. When they inevitably bump into a dry object like a tree, a boat or a person, the ant mass "explodes" with ants quickly exiting the mass and swarming the object.

Diving underwater, or splashing water on the ants, will not help.  The best option is soapy water, which is pretty good at killing the ants and helping drown a floating ant island.  According to the Texas A&M AgriLife Extension publication, "Flooding and Fire Ants:Protecting Yourself and Your Family", two tablespoons of soap in a gallon of water, sprayed on a floating mat is effective at drowning ants.  If any of you are engaged in water rescue this week, carrying a supply of soap along with a squirt bottle would be a good idea.

You might not have thought of it, but bed bugs can also become an issue after a public emergency like a tornado or flood.  When lots of people are brought together in an emergency shelter situation, the risk of bed bug encounters goes up.  The University of Minnesota has put together a nice publication on the subject. If you are in a community hosting an emergency shelter consider offering your services to inspect shelters and treat for bed bugs as necessary.  Don't forget the diatomaceous earth and silica aerogel dusts as a means of providing significant control for shelter bedding at minimal risk.

Lastly, after the storm is long gone be prepared for mosquitoes.  The primary mosquito species in the Texas Coastal Bend area are the salt marsh and pasture-land breeding mosquitoes. These are difficult to control at their breeding sites, short of aerial mosquito control campaigns.  But to some extent, these mosquitoes can be controlled in backyards with residual mosquito adulticides. If your company does residential pest control, but hasn't yet gotten into the adult mosquito control business, this may be a good time to start. One good way to educate your customers about the mosquito threat is the Mosquito Safari website.

Posted by Mike Merchant, PhD at 2:04 PM No comments:

Murine typhus on rise in Texas

Researchers from the Baylor College of Medicine and Texas Department of State Health Services recently reported an increase in the number of reported cases of typhus in Texas. Texas historically has had more cases of typhus than other states, but this new study published in the CDC's Emerging Infectious Disease journal  shows that numbers of cases have increased ten-fold in the past 14 years.

In addition to a general increase in cases statewide, the data shows that what used to be solely a south Texas problem is creeping into more northerly parts of the state. Houston, for example, which had no cases of typhus as recently as 2007, reported 32 cases last year.  Nueces County, home to the city of Corpus Christi, had the highest case rate in Texas, reporting about 140 cases/100,000 population.

The causative agent for murine typhus (the term "murine" is a scientific term referring to rodents) is a rickettsial parasite called Rickettsia typhi. This parasite is always present in rodent populations, both Norway and roof rats, and to a lesser extent mice and opossums.  The primary vector that transmits the parasite from rodent to rodent, and occasionally to humans, is the oriental rat flea, Xenopsylla cheopis, though other fleas, including the cat flea are suspected to be occasional vectors.

Symptoms of murine typhus include fever, headache and rash. Left untreated, the disease can be fatal in about 2% of cases; but once diagnosed, typhus is easily treated. Numbers of cases peak during the summer months of June and July, but in south Texas there is a secondary peak in cases during the winter.

The typhus pathogen is thought to infect people when they scratch an itchy flea bite. It is present in the flea's feces, which may be rubbed into the site of the bite during scratching.

While the exact cause for the increase in typhus cases is unknown, pest control will play an important role in any solution. Experience with murine typhus in the past has shown that cases peak when flea numbers are highest, and that case frequency declines when rats are controlled, and insecticides applied for fleas.

Good flea control, rodent exclusion and rodent control are among the most important public health services our industry provides. So if you didn't have enough reasons to explain to customers why they need you, you now have one more. 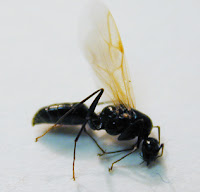 Take some of the best ant experts in the country and ask them to write about their favorite ant pests. What do you get?  The new eXtension Ant Pests page.

This new addition to the eXtension (pronounced EE-ex-TEN-shun) website is the latest contribution to an information repository from Cooperative Extension Service centers across the country. The goal of the site is to provide in-depth biology and control information about important ant pests for anyone who needs it.

And who needs it more than pest management professionals?

So check us out.  And while you're there, you might enjoy exploring other pest management resource areas including fire ants, feral hogs, pests around structures (school IPM plans), and Wildlife Damage Management.
Posted by Mike Merchant, PhD at 3:56 PM No comments: 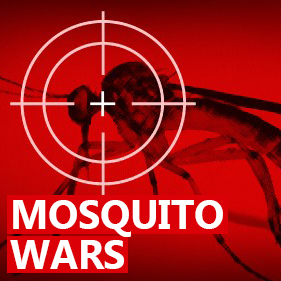 On a related note, my wife and I recently watched a film about the malaria problem in Mozambique called Mary and Martha, with Hillary Swank playing an American mom who loses a son to malaria.  It's a sad but compelling and uplifting film, well worth watching.  And it shows how a simple thing like a treated bed net can make a world of difference for families in another part of the world.
Posted by Mike Merchant, PhD at 9:47 AM No comments: 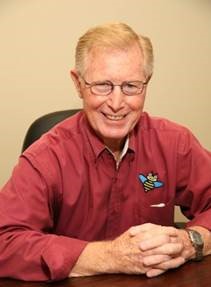