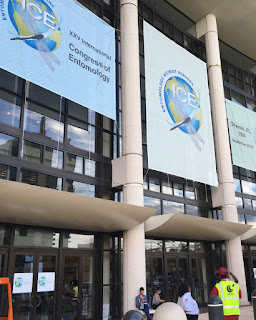 After an unintentional break in blogging due to a month of travel, I'm finally caught up enough to sit down with my notes and remember what it was all about.

If you can imagine thousands of entomologists swarming a convention center like fire ants on Cheetos, that's what it was like at the 25th International Congress of Entomology (ICE) held in Orlando, FL.  Held every three years, and rotating to a different nation every time, the ICE is the largest gathering of professional insect experts in the world--and this one may have been the biggest ever.  This year there were over 6,600 registrants from 102 countries, giving 5,396 presentations.

This was my first ICE, and it was overwhelming. It seemed like I spent half my week just sorting through the program to know which sessions and posters I should attend.  So probably like everyone who attends the ICE, I came away feeling like I had a unique, though very limited, perspective on the meeting.

One of the more enjoyable aspects of the Congress was meeting insect geeks from around the world. Some were bench scientists (who work in the laboratory), others worked in the field (including one enthusiastic fellow I met from Germany who brought his own dung on a field trip to trap Florida dung beetles--and it worked!).  There were first time visitors to the U.S., and many young and enthusiastic students. I met scientists from Finland, Vietnam, Australia, Kenya, and Iraq. But in the research sessions we were all just entomologists, despite different dress, language or customs.

So here are some highlights of my notes from the many hours of sitting in sessions and looking at PowerPoint slides: 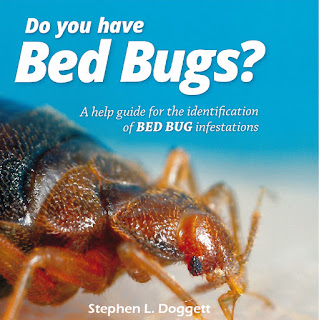 Of course there was much much more information at ICE this year, some of which I may incorporate in future posts.  But it's Saturday and time to get on to other activities. I hope some of this has been interesting and helpful.
Posted by Creation Care Team at 1:04 PM No comments: