Arsenical Herbicides on Way Out 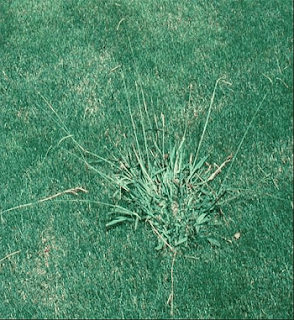 I normally don't cover weed control topics. But this is one with enough potential impact on Texas PMPs, I thought I would pass it along. This week the U.S. EPA announced that all registrations of the organic arsenical herbicides, including the popular Dallisgrass killer, MSMA would begin being phased out. Residential uses of MSMA and its relatives will be phased out beginning by the end of 2009.

The decision comes as a result of a 2006 Reregistration Eligibility Decision (RED) that concluded that the arsenical herbicides did not meet agency standards for re-registration. The environmental concerns center around the conversion of these herbicides from the less toxic organic (carbon-containing) form in which they are manufactured, into a more environmentally dangerous inorganic form. The inorganic form has the potential to leach into groundwater and contaminate streams and drinking water.

Unfortunately, EPA announcements seem to be written in a language understandable to only a few. But if you want to read one of the less difficult official announcements, here's where to go: http://www.epa.gov/pesticides/reregistration/organic_arsenicals_fs.html

Dallisgrass is the real problem weed for southern turfgrass, for which there are still no good alternatives to MSMA. According to my colleague, Dr. Jim McAfee, Extension specialist on turfgrass, there are currently no alternatives "except a grub hoe". The EPA counters that good turfgrass maintenance will control these difficult weeds, which may be true once they've been eliminated, but is not easy to do in areas where this weed is well established.
Posted by Creation Care Team at 10:31 AM

There are some excellent garden hoes and grape hoe varieties that will do a great job on weeds like these. They employee more people than spraying and they do not add chemicals to our environment. I say at this time hoes are a great alternative.