Horizontal transfer of fipronil among termites 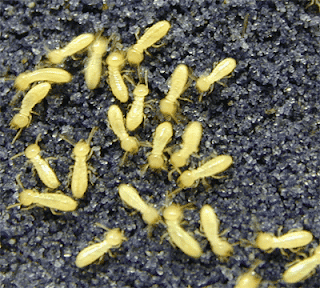 Sometimes a scientific fact is known within the research community long before it comes out in print. This is the case with a paper published in the latest issue of the Journal of Economic Entomology.

In a paper by Bagnères et al (J. Econ. Entomol. 102(1): 347-356) the ability of fipronil to be picked up by foraging termites, both by simple contact with treated sand, and by ingestion of treated filter paper. According to one of the authors, Bob Davis of BASF Corporation, this study represented the first scientific evidence that fipronil is transferred horizontally among termite colony members.

The horizontal transfer phenomenom has been suspected for several years since it was observed that termite activity in monitoring stations consistently ceased when stations were close to fipronil-treated soil. While this doesn't mean that transfer of fipronil results in death of colonies, it does offer a possible explanation of the good track record for perimeter-only treatments for termite infested homes.