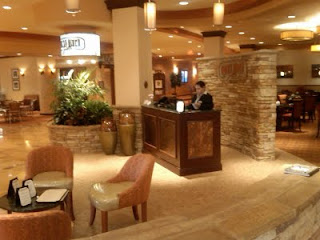 I'm trying to make up for lost blogging time in July today, as things are starting to happen on the school IPM front. Today a new registration page was posted for the first ever school IPM coordinator conference in Texas. I say Texas, but this is probably the first conference of its kind anywhere in the U.S.

The meeting is scheduled for November 18-19, 2009 at the Embassy Suites San Marcos Hotel, Spa & Conference Center in San Marcos, TX. I have been to see the site and it should be an excellent location for a conference like this. It is centrally located, new facilities with excellent amenities at a reasonable price. The speaker lineup should be excellent, with keynote speaker Dr. Bobby Corrigan, and a variety of other pest control, public school, regulatory and other experts on the tentative schedule. Fee for early registration is only $75.

The meeting will be unique in that it will be the largest scale effort to date to establish a professional organization for school IPM coordinators. A group of Texas school IPM coordinators is currently working to establish their own professional group called the Texas Integrated Pest Management Affiliate for Public Schools (TIPMAPS). The group is forming as an affiliate chapter under the Texas Association of School Business Officials. The first official meeting of the group will be held at the end of the second day of the conference to discuss membership issues and other future plans.

As an extension specialist who works with schools pretty frequently I know that there are some excellent, dedicated PMPs and school maintenance professionals laboring in Texas public schools (and elsewhere) who don't get the recognition and professional support they deserve. This meeting is an attempt to change that by providing a place where school IPM professionals can come and be supported and learn from one another. I hope we will see a lot of you in November--school IPM coordinators, PMPs and vendors.

In other school IPM news, the national pest management strategic plan (PMSP) I wrote about in April has met additional opposition since that time. In addition to the National Pest Management Association (NPMA) and RISE (Responsible Industry for a Sound Environment), the Association of Structural Pest Control Regulatory Officials (ASPCRO) has since communicated with USDA and EPA about a list of concerns. A group of extension professionals that I belong to, the Southern Regional Working Group on School IPM, also drafted an extensive critique of the plan. In response to these concerns, the drafters of the PMSP are planning to meet in August to review and revise the document.

In our view, the wording of the plan tended to be more divisive and critical of pesticides as a whole than we felt was necessary or justified by scientific evidence. We hope that the revised plan will continue to promote IPM and the benefits of good pest control without overstating the case against pesticides as a whole. More on this later.

Finally, a new Internet resource for urban IPM (special emphasis on schools) was released this week through the e-Xtension project (pronounced E-extension). A news release announced the new feature, the latest addition to the website that is billed as a national clearinghouse for extension information for consumers. Janet Hurley and I from Texas have both been involved in development and review of the urban IPM site. It should become a good place to go for information about a variety of pest problems related to schools and other structures.
Posted by Mike Merchant, PhD at 1:40 PM