Loss for entomology in Texas 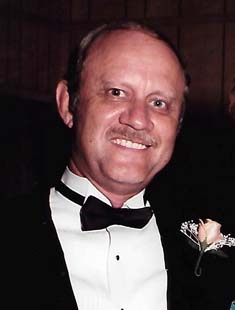 Dr. Olson was for many years the department's professor for medical entomology, with a special emphasis on mosquito biology and control.  He was actively engaged with the Texas Mosquito Control Association, and a mentor to many mosquito control professionals around the state.  While perhaps less known to PMPs, Olson was nevertheless influential in the pest control industry through his many graduate students and the knowledge he so readily passed on to the rest of us extension entomologists.

If you had known Jim, you would immediately recognize someone who was highly intelligent, but the opposite of stuffy.  On the contrary, he was completely approachable and friendly.  Everyone who knew him would tell you that he was quick to share his opinion on many subjects. Even if you disagreed, you loved him for his passion and entertaining way of expressing ideas. Perhaps the strongest testimony to Dr. Olson's impact is the loyalty and devotion of former students and those who came under his wings--there are many examples.

Dr. Olson was instrumental in tutoring me about Texas mosquitoes, and had an entertaining way of getting his points across.  One I especially remember was his pronouncement that "prime time television" (because it kept people indoors at dusk) had done as much to combat mosquito-borne disease in Texas as all our other public health efforts combined (probably true).  He did not hold a high opinion of those who fought the use of effective pesticides, having long seen the benefits of insecticides to human health in mosquito control.

A memorial service for Dr. Olson will be held at 10am, Wednesday, July 8, 2015 at Lone Oak Baptist Church, located four miles West of Snook, Texas on Highway FM 60. Memorial services are in the care of Callaway-Jones and Crematory.  His obituary and remembrances/condolences can be passed on to the family through this link at Callaway-Jones Funeral Home.
Posted by Mike Merchant, PhD at 11:35 AM