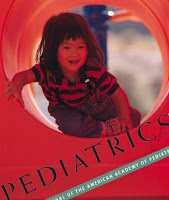 In case you haven't seen or heard the story this week about scientific research showing a link between pesticides and attention-deficit/hyperactivity disorder (ADHD) in children, I think it's important enough to pass on.  According to the Time magazine story, researchers at the University of Montreal and Harvard University this week reported in the journal Pediatrics a statistical correlation between ADHD and exposure to organophosphate (OP) pesticides.

Before discussing the results, we should note that there are different ways to study environmental causes of disease.  The most straightforward approach is to take a randomly selected group of subjects from a population you are interested in (say males of a certain age), and subject them to a level of the environmental chemical or condition, say pesticides, or microwaves from cell phones, etc.  You then compare the health of this exposure group over time to a randomly selected group of subjects without the exposure.  This type of controlled experiment is one of the more rigorous ways to test an hypothesis and show a cause-effect relationship.  However, this sort of approach is rarely possible for practical and ethical reasons.  Who wants to volunteer themselves for a study of the possible effects of a toxic chemical on your health?  Fifty dollar stipend anyone?

Another approach would be to look for people who have been naturally exposed (via their lifestyle, or home environment, etc.) to an environmental chemical and compare their health parameters to a group who has not been naturally exposed.  This is a valid research method and has been used many times to study the effects of environmental chemicals on human health.  It's important to realize, however, that this approach measures correlation, which is not the same thing as cause and effect.  If they looked, for example, researchers might find a correlation between heart attacks and watching at least two football games on TV each week.  This would not, however, prove that watching football causes heart attacks.  The actual cause could be something entirely different.  Something co-related to football watching, like lack of exercise and big bowls of greasy nachos!!?  The point is that it is very easy to have a correlation without a cause and effect relationship.

Of course this was the same argument cigarette companies made for many years.  Correlations, if done properly, can provide valuable suggestive evidence, but must always be looked at critically to make sure that all relevant variables have been properly controlled. Typically correlative studies are done as preliminary to a more rigorous study, or as a second choice when more rigorous studies are not possible to conduct.  We cannot afford to dismiss correlations as uninformative.

In the case of this study from the University of Montreal, Maryse Bouchard and a team of colleagues analyzed the levels of chemicals called dialkyl phosphates in the urine of more than 1,100 children ages 8 to 15.  Dialkyl phosphates (DAPs) are metabolic "breakdown" products of OPs. Like nacho crumbs left in the sofa cushion, DAPs are left behind in the blood and the urine after someone has been exposed to OP pesticides. Measuring DAPs in blood and urine is much more sensitive than acetylcholinesterase tests (used by many PMPs in the past to measure OP overexposure), and an accepted way to document previous exposure to OP pesticides in epidemiological studies.  Bouchard's study found that children in the study group with the highest levels of which are breakdown products of OPs had the highest incidence of ADHD.  In other words, there was a correlation between DAPs and ADHD.  To see a free abstract of the study, click here.

The researchers, as all good researchers should, made it clear that this is a correlation which falls short of proof that organophosphate insecticides are a cause, or even a contributing factor to, ADHD.  I am no expert on ADHD, nor on the validity of the chemical analyses or the epidemiological methods used by the authors of this study, but studies like this serve as a cautionary tale for the use of pesticides in urban environments or on food.  The possibility of subtle health effects on humans is always present with the widespread use of synthetic chemicals. But the potential risks always must be weighed against the undoubted benefits of pest control.

Here are a few things to keep in mind should you find yourself in the position of justifying to local media or your customers the use of pesticides as pest control tools.
The results of this study do not negate the regulatory process that evaluates the safety of pesticides in use by the industry today.  Testing required by the U.S. Environmental Protection Agency for pesticides remains some of the most stringent consumer product testing in the world.  That said, no regulatory system can guarantee safety of any product or practice.  It's often said you can't prove absolute safety, because that's the same thing as trying to prove a negative--it's beyond the scope of experimental science.  We can only hope to guarantee a certain level of safety.  That is why a 100-fold safety factor is built into our current pesticide regulatory system, and why continual review of pesticides goes on between agency and manufacturers.  If a causal relationship is determined to exist between OP insecticides and ADHD, this new data will be taken into account by the EPA, and regulatory changes will undoubtedly be made, as they have for other pesticides.

If I were convinced that we could do IPM effectively without pesticides, I would certainly be a supporter of "no more pesticides".  But not all pesticides are equally risky, and the reality is that pesticides can be useful and even essential tools in our competition with pests.

Until we find even safer ways to control pests, I will continue to study the use of pesticides, teach and preach pesticide safety, and recommend their use.  And in the meantime, if you really want to protect your health... cut back on the nachos. : )

Thanks Mike for the concise review of this latest news. I too would gladly go "no pesticides" if it were possible, and any many instances have. Keep up the good work.