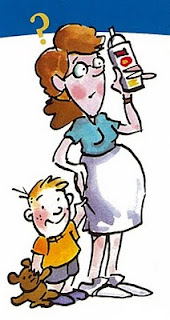 The National Pesticide Information Center (NPIC) celebrated its 15th year of operating out of Oregon State University last month.  Originally known as the National Pesticide Telecommunications Network (NPTN--from back in the day when telecommunications meant land-line phones) the Center has been partly funded by the U.S. Environmental Protection Agency for more than 30 years.

There's even a Texas connection to the Center. The pesticide information service began as a place to report spills, misapplications, or unintended pesticide exposures at the Texas Tech University Health Sciences Center in San Benito. Later, as the center began to receive calls from across the U.S., the Center evolved into a place for the public to get general information on pesticides.  It resided at Texas Tech University's Health Sciences Center in Lubbock, Texas between 1986 and 1995, and, after a competitive process NPTN moved to Oregon State University in April 1995.

Renamed the NPIC in 2001, the primary mission of the National Pesticide Information Center has not changed.  It's mission is to serve as a source of objective, science-based information on a wide variety of pesticide-related subjects, including:
In addition, NPIC provides referrals for:
It's interesting to reflect on some of the changes since 1995.  In its first year of operation, the Center responded to 17,775 phone calls. Last year 2008-2009, the Center responded to 26,449 telephone calls (Toll-free at 800-858-7378) and registered 2.4 million hits on their website: http://npic.orst.edu/  In 1995, 1852 of the calls received (10% of the total) concerned chlorpyrifos (Dursban--remember that product?).  Today, moth balls, boric acid and pyrethrins are the subjects of some of the most frequent calls, emails, or website visits.  Over 40% of the calls related to pesticides in general, and 39% of the inquiries related to specific products.  The annual reports are very detailed and, I think, surprisingly interesting for anyone with an interest in what consumers are thinking about pesticides.

For the most part, I believe the NPIC does a pretty good job of meeting its objectives.  From my perspective there does seem to be a slight anti-pesticide emphasis, but this is what one should expect from a Center whose directors are toxicologists, and who's focus is on the potential health effects of pesticides rather than on the benefits pesticides provide in pest control. In a way, I think this can work in your favor as a PMP.

Consider recommending the NPIC as a resource for your wariest customers--you know, those good folks who believe all pesticides are "radioactive".  The Center doesn't sugar-coat toxicology issues.  The materials I have read seem pretty well balanced and at least attempt to balance risks and benefits of pesticides and specific active ingredients.  Your customers can learn about the relationship between dose and response, and will get relatively objective assessments of the relative toxicities of different active ingredients.

Anyone who is skilled in the business of pest control today should not fear an educated customer.  The only thing we "might should" get a little nervous about (to use a good southern expression), is a customer who knows more about a subject than we do.  So check out the NPIC website and look up some stuff yourself.  We can all will find information there that we need to know.
Posted by Mike Merchant, PhD at 5:55 PM