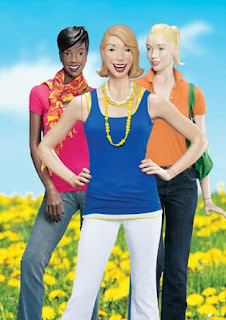 I had an email today from a colleague asking me if I had heard about bed bugs being a problem in new, store-bought clothing. He had just received the following email:

“We have friends here in our community and one of their sons is an entomologist (insect expert), and has been telling them that there is an epidemic of bed bugs now occurring in America. Recently I have heard on the news that several stores in NYC have had to close due to bed bug problems, as well as a complete mall in New Jersey.

“He says that since much of our clothing, sheets, towels, etc. now comes from companies outside of America, (sad but true), even the most expensive stores sell foreign clothing from China, Indonesia, etc. The bed bugs are coming in on the clothing as these countries do not consider them a problem. He recommends that if you buy any new clothing, even underwear and socks, sheets, towels, etc. that you bring them into the house and put them in your clothes dryer for at least 20 minutes. The heat will kill them and their eggs. DO NOT PURCHASE CLOTHES AND HANG THEM IN THE CLOSET FIRST. It does not matter what the price range is of the clothing, or if the outfit comes from the most expensive store known in the U.S. They still get shipments from these countries and the bugs can come in a box of scarves or anything else for that matter. That is the reason why so many stores, many of them clothing stores have had to shut down in NYC and other places. All you need is to bring one item into the house that has bugs or eggs and you will go to hell and back trying to get rid of them. He travels all over the country as an advisor to many of these stores, as prevention and after they have the problem.

“Send this information on to those on your e-mail list so that this good prevention information gets around quickly.”

Any of you in the bed bug business will know that some of this information is correct.  There is a bed bug epidemic growing in the country, with stores and businesses are being affected, as well as hotels, homes and apartments.  In addition, they are difficult to control.  What's fishy about this email is the alarmist tone about finding bed bugs in new clothing from retail clothing stores.

I was curious whether this was an isolated email, and whether it had spread widely, so I checked with Snopes.com, the urban myth-debunking site.  I did a quick search on bed bugs and the exact email appeared. Posted on Snopes less than a week ago, this one appears to be just beginning to spread through cyberspace.

Snopes rates emails as True, False, or a mixture of truth and falsehood.  This one they rate as a "mixture".  I agree with their analysis that the chance of getting bed bugs from packages of new clothing is extremely remote. I’ve never heard of this happening, and would be surprised to hear about a confirmed case of bed bugs traveling in this way.

This email follows the pattern of a classic hoax that seems designed to scare people into worrying about things they needn't worry about, or encouraging them to take an unnecessary action (Remember the hoax about the deadly "blush" spider that lives under toilet seats?  It urged everyone to always  check under public toilet seats before sitting down?) I'm not sure what prompts people to concoct these wild tales, unless it just gives someone the jollies to think about the thousands of frightened people checking their toilets.  All of us are prone to fall prey to a practical joke from time to time, but as professionals we can at least be ready to correct nonsense about pest control when it occurs.  So the message here I guess is: "Don’t stop shopping for new clothes; the economy is bad enough as it is."

The Snopes site, by the way, is chock-full of insect lore, strange fact, and legend.  Try a search on "insect", "rat", "spider" and "ant" and see what you find.
Posted by Mike Merchant, PhD at 5:45 PM

The "entomologist" who came up with that seems to have failed to realise that the species of bedbug found in places like India where many of the clothes are produced is a different species to the one causing all the problems in Australia, the UK and the US at the moment. These stores which have had to close in NY have apparently been infested with the temperate bedbug Cimex lectularius, which could not have come from the factories where the clothes are produced.

It is troubling to think this person is traveling around as a consultant, spreading misinformation.

I suspect most of these sorts of emails have less to do with providing helpful information than with getting a cheap thrill from seeing a message go viral. The "entomologist" is just as likely to be an invention of someone's imagination. Thanks for your insight.