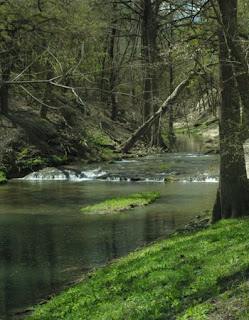 Last August I wrote about the recent court mandate that would require a Clean Water Act permit for activities like community mosquito control and aquatic weed control.  The April 9, 2011 deadline for implementing this new permitting system was rapidly approaching until yesterday, when the Sixth Circuit Court of Appeals granted the U.S. EPA a stay (delay) of the requirements until October 31, 2011.

According to the EPA website, the extension was requested by the agency to allow sufficient time for EPA to engage in Endangered Species Act consultation and complete the development of an electronic database to streamline requests for coverage under the Agency’s general permit. It also allows time for authorized states to finish developing their state permits and for permitting authorities to provide additional outreach to stakeholders on pesticide permit requirements.

Texas has already developed its own state permit, which lays out what Texas communities and businesses have to do to legally apply mosquito adulticides, aquatic herbicides, forestry insecticides and other pesticides to state waters and lands.  This stay will mean that cities, school districts, landowners and businesses in Texas and other states that apply pesticides to more than the minimum area specified in the rules, have more time to develop and submit their permits.

The stay is not related to political opposition to the Clean Water Act's extension into the pesticide world.  Environmental groups have pushed for the CWA to cover pesticide applications for years; however numerous groups (e.g., American Mosquito Control Association, National Cotton Council, Golf Course Superintendent's Association, National Association of State Departments of Agriculture, etc.) have fought hard against the expansion.  Until a court decision in 2009, pesticides were exempt from CWA requirements as long as pesticide labels were followed.  Permits must comply with the National Pollutant Discharge Elimination System (NPDES) of permits.  At least one bill, HR 872 the Reducing Regulatory Burdens Act, would amend the Federal Water Pollution Control Act to exempt pesticides from permit requirements.  That bill was recently voted on favorably (46-8) by the House Transportation and Infrastructure Committee.
Posted by Mike Merchant, PhD at 11:00 AM