A critique of the IPM gospel 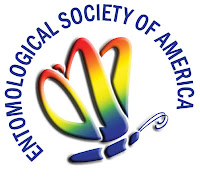 The three largest U.S. scientific associations with strong professional connections to integrated pest management (IPM) recently posted a news release that should be of great interest to anyone in the business of pest control. The Entomological Society of America, Weed Science Society of America, and American Phytopathological Society published a position paper last November that, while it has not received a lot of attention in the press or the industry (let's face it, IPM is not the sexyist topic), takes careful aim at some favorite concepts embraced by the  IPM community.  While the statement may read like heresy to some IPM supporters, I believe their arguments are well-thought out, and worthy of consideration by everyone with a stake in pest control.

First, a little historical background.  The IPM concept was first embraced by agricultural scientists, and later by those involved in urban pest control. The earliest versions of IPM emphasized the use of both chemical and biological methods of pest control. As IPM matured, it accepted that the judicious use of pesticides was desirable, as long as every effort was made to minimize the environmental and safety impacts of pesticide use--an approach still followed by most of those in production agriculture.

As IPM evolved it was embraced by the environmental community and by regulators, and eventually by urban pest management professionals. Along the way IPM jargon, and the way it was implemented, also evolved.  One of the most influential modern attempts to articulate the IPM concept for human-occupied structures was the 1993 EPA publication, Pest Control in the School Environment: Adopting Integrated Pest Management. In this publication (painstakingly crafted by environmentalists, the EPA and the National Pest Management Association), the judicious use of pesticides was endorsed as long as the "least toxic and most effective and efficient technique[s] and material[s]" were used. This seemed to be a compromise that all parties could live with, and everyone seemed happy.

Over these past twenty years the idea that "least toxic methods" should be part of the definition of IPM has reached the status of gospel. The term "least toxic pesticides" and "least toxic methods" is ubiquitous in IPM policy statements and even governmental rules and regulations. Its authority is rarely challenged by industry, academia or politicians--after all who wants to argue that schools or government agencies or your local PMP should use anything but the least toxic products?

Most of us have been taught to avoid "rushing in where angels fear to tread", but that's just what these three societies did by taking a stance against the "least toxic pesticide" concept.  It's not that my scientific colleagues are against the use of low toxicity pesticides, their argument is with the increasingly common insistence that "only 'least toxic pesticides'"' be used in IPM programs.

I encourage all to read the statement, but their objections boil down to the following:

In case you think this is much ado about nothing, consider the wording of the Texas Occupations Code where it lays out the requirements for school IPM in my state.  The language of this code has been used as a model for other states' IPM regulations.  It directs the state to "include in standards adopted under this section: (1) a requirement to use the least toxic methods available to control pests, rodents, insects, and weeds..." The potential negative impacts of this language were blunted when Texas state regulators adopted a liberal set of regulations that allowed use of any pesticide in schools, but required schools to justify in writing the use of products identified as higher risk pesticides. In practice, this soft-handed approach has resulted in schools using lower risk insecticide approaches, without restricting choices. Other states and communities have seen regulatory language not so friendly to pesticide choice.

I have great sympathy with policy makers trying to encourage homeowners and pest management professionals to use the lowest risk, effective pesticides.  On the other hand, I agree with the ESA/WSSA/APA critique of the "least toxic" concept. The hard part is coming up with better approach that encourages pesticide applicators to use good judgement when selecting pesticides and pesticide formulations to supplement biological and other non-chemical controls.

For their part the societies point readers to the National IPM Roadmap as a source of guidance. The Roadmap was developed ten years ago and used as a guidance document by the USDA in developing a national plan to improve and encourage the adoption of IPM. Significantly, this roadmap does not use the term "least toxic" or "use of pesticides as a last resort", but emphasizes IPM as a process that identifies and reduces risks from both pests and pest management related strategies (including pesticides).

The second target of the society position paper is that idea that pesticides should be used only as "tools of last resort". But that will be the topic of another post.

Very informational post regarding the IPM’s thoughts on the terms "least toxic pesticides" and "least toxic methods". As a pest control provider in Lake Havasu City AZ, we strive to use the best practices to service our customer’s extermination needs. The argument presented by the IPM was very well thought out and it will be interesting to see if any changes in regulation come from this article.