Be careful what you joke about today 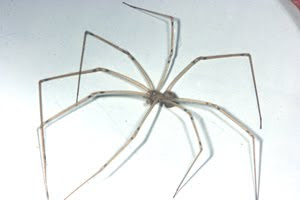 I was tempted to try to pull off some kind of April Fool's joke on the blog today.  But then I thought about a presentation that I attended at the Entomological Society of America last fall.  One university entomology department learned the hard way that online tricks can backfire.  I can't now recall the specific details of the hoax, but it involved Adobe Photoshop and doctoring some pictures to look like a new pest that infested people's bodies.

Of course once you let something loose, especially about creepy animals parasitizing humans, it never dies.  The entomology blog's post went viral and the picture ended up in lots of scary places with no April Fool's dateline or explanation that it was just a joke.  It's one way that urban legends in the age of cyberspace get started.

Instead I thought I might briefly share just a few of the urban legends that I've encountered.  These are stories and myths that are already going around, so keep in mind they didn't start here.
So, enjoy your April Fools, but don't do it on the Internet.
Posted by Mike Merchant, PhD at 3:35 PM

Great post Mike! I also saw that presentation at ESA and really enjoyed it (since it didn't happen to me...).