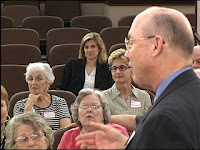 Dallas, TX. We hear of rare illnesses and diseases nearly every day in the newspaper or on television. After a while, I think most of us become a little jaded, and tend to forget or ignore threats that have not affected us personally. One of these relatively obscure diseases is a mosquito-borne illness called West Nile virus. Since 2002 Dallas county has averaged 45 clinical cases and two deaths a year.

These numbers may not seem like much...on paper. But these are real people who contract mosquito-borne disease every year. They include our neighbors. Friends. Parents. Teachers. The tiny bite of a Culex mosquito can, if infrequently, lead to a life-changing illness. Many of us reading this post may have already been infected by this virus. Only 20% of infected persons show any signs of the disease, and most of those will have little more than the sniffles. One in 150 infected persons, however, will contract the more serious central nervous system form of the disease.

Despite my awareness of West Nile virus and the clinical implications of the disease, until I met actual victims I don't think I really appreciated the power of this virus to potentially affect my life or the lives of loved ones.

Dr. Don Read and his wife Roberta lead a support group for victims of West Nile virus in the Dallas area. There are only a handful of such groups in the country, but they can be a godsend for people who have suffered from one of the more serious cases of infection. Last week I had the chance to attend one of their support group meetings at Medical City Dallas Hospital. It was a sobering experience to listen as people shared their encounters with the disease.

This month's meeting was covered by Reporter Melissa Maynarich from Oklahoma City's CBS Channel 9 News. She and her photographer posted a video story of some of the folks at this meeting. If you are interested in the human side of the West Nile virus story, check it out at http://www.news9.com/Global/story.asp?s=8764354

It might make you look at mosquitoes a little differently. I know I'm reaching for the repellent more these days. If you know of someone who has suffered from West Nile virus, or just to learn more about the disease and the support group in Dallas, check out the Dallas County Health Department's website on West Nile virus.
Posted by Creation Care Team at 1:23 PM